Night At The Sands

A night at the Sands from Creative Artist Studios is more than a theatrical event, it is an experience. From the moment you walk in the doors the players bring you on board and into their dramas. Lucy just wants to sing but Ricky will have none of it. Ricky plays the piano and tries some tunes out with the band-it’s all very low brow.  Even Ella gets up and does a interpretive version of “Summertime” and this is all before the show starts.

There is a lot of ad lib performance and I imagine the show changes nightly. The gentlemen next to me could not get enough of Julia Lisa who kept them in stiches as Lucy. There seemed to be a story line running thru the show with commentary about gambling debts. The show didn’t need it and it seemed to slow it down. I liked the idea of all these legends just getting together to perform.

The back up band was very good, especially the bass player (I too am a bass player so I reserve the right to single out the good ones.)

When the lights opened on Paul Elia who happened to be standing on the bar there was an intake of breath from the audience he looked and sounded so much like Dean Martin complete with intoxicated charm.

Dancers were on the bar and scattered throughout the house. Julia Lisa as Lucy Ricardo. She really just wanted to sing. If a poll had been asked of the audience-they would have all applauded for her to sing and would have applauded any effort. She had the audience in her pocket from start to finish.
Dan Sugi playing Ricky Ricardo directed the band and tried to keep track of Lucy. He did the preshow, tickling the ivories and singing songs that the rat pack never heard.
I really enjoyed the show. It was rather a campy homage to great singers whose sound and style can never be duplicated.  Lots of fun. The performers are all to be congratulated for garnering the spirit of the legends they portrayed. I really enjoyed the fact that no one was trying to do any note for note imitation of any of the characters they portrayed, but rather had fun with their characterizations.
We were stage left and didn’t get photos of everybody but, Elizabeth DelloRusso performed a powerful rendition of a Shirley MacLaine styled “Big Spender.” Adrienne Brown (wonderful dancer) did a rolling and rollicking rendition of  a Tina Turner styled “Proud Mary.”
Cassandra White did a version of Cher doing “Believe” at a disadvantage . In a show which featured all live music, she sang to a track which was rather intrusive and too loud to really hear her. The song is really effective in a slightly slowed down blues style and would have blended better with the rest of the performance and allowed us to see her interpretation of Cher.
All in all, it was a great evening of interactive entertainment. Don’ miss this one of a kind experience.
– Suzanne Birrell
A Night at the Sands
is playing at the Sayers Club
1645 Wilcox Ave, Hollywood
Friday and Saturdays only thru December 19
http://www.cacstudios.com/anightatthesands/
Get there early! 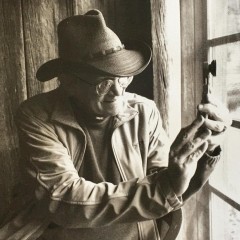